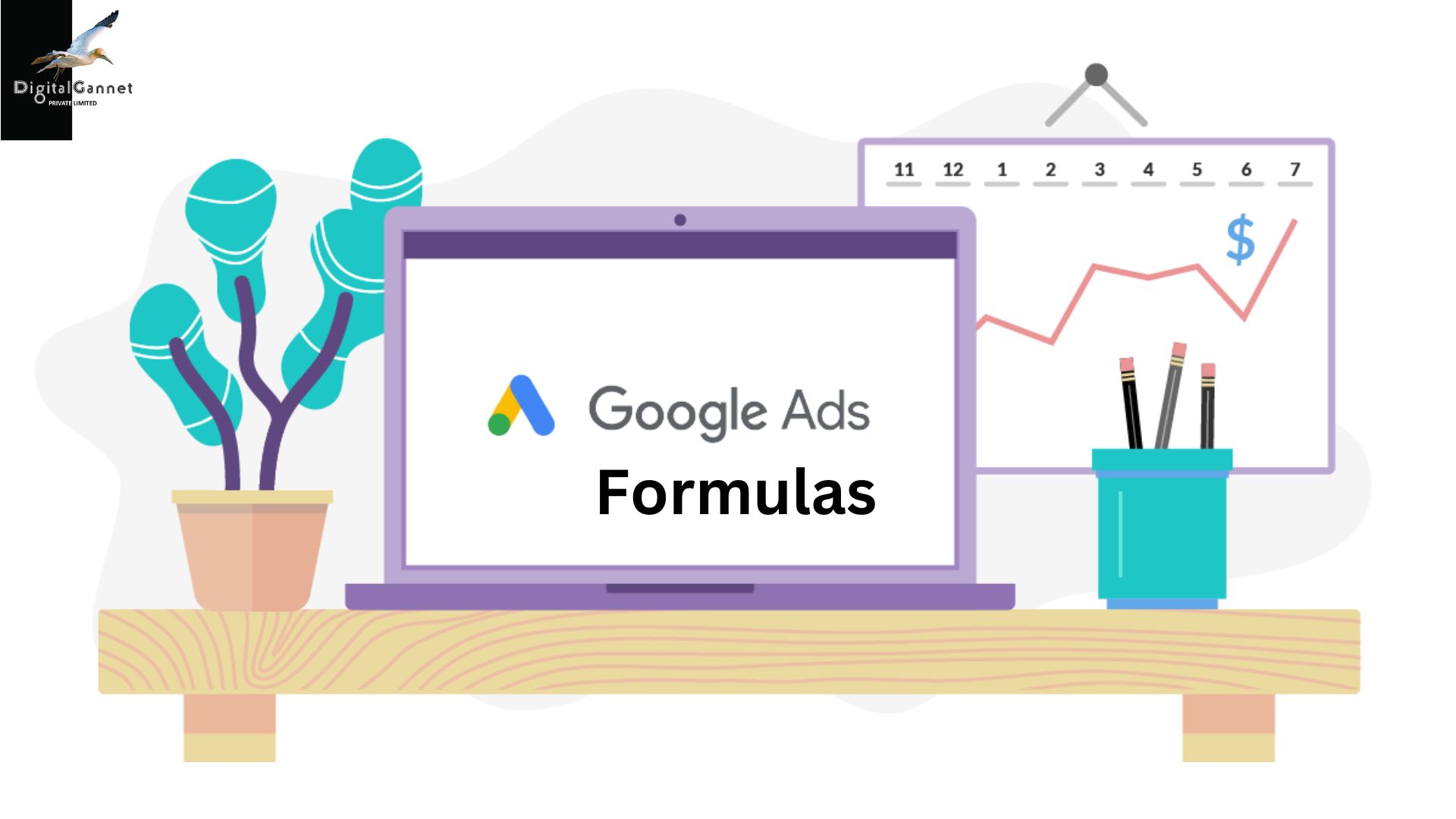 Google Adwords is a powerful advertising platform that allows advertisers to show their ads on Google’s search results pages, YouTube, and through other Google sites and apps.
Advertisers pay for clicks or impressions of their ads.

The cost per click (CPC) or cost per thousand impressions (CPM) can be set by the advertiser, or they can use Google’s automatic bidding system. AdWords is one of the most popular platforms used by marketers around the world. The platform has a wide range of features that allow marketers to target specific audiences and measure their success with data-driven insights.

Here are the some adwords formulas that are helpful for you to measure the ROI and Cost through ad words.

This is for when you’re getting clicks and accruing cost but you want to see an average of how much each click is costing.

Calculating metrics such as Cost per Thousand Impressions (CPM), Cost Per View (CPV) and Cost Per Engagement (CPE) would be done in the same way.

CTR shows the percentage of times that an ad was clicked compared to the number of times that it was shown. This can be used as a starting point to decide which ad copy performs the best in your account.

Calculating metrics such as Interaction Rate, View Rate, Invalid Click rate and Engagement rate would be done in the same way.

CVR shows the percentage of times a conversion action occurred compared to the number of times the ad was clicked. If you’re looking for information on how to calculate CVR, then the below CVR formula can be used to analyse which keywords are better at converting users than others.

If you wanted to see the average amount of money that needs to be spent before you tend to get a conversion, you would look at your cost per conversion (CPA).

This metric can have several different names depending on what is being tracked in your PPC account. Your account may be looking at Cost per lead (CPL) or Cost per Enquiry (CPE) to name a few, but the formula will be calculated in the same way. Here is the Cost Per Conversion formula:

In Google Ads, an engagement occurs when a user has some form of interaction with your ad. This may be a click on video ad or expanding a lightbox ad. The formula to calculate the cost per engagement (or CPE) of your PPC ads is done in a very similar to to calculating the CPA of your ads.

You’re getting sales but you need to calculate whether your campaign is profitable, you may choose to look at your ROAS. This shows the ratio of revenue compared to the advertising spend. If you have a ROAS of two, then that means that your revenue is two times your spend.

If you’ve done paid advertising on Amazon, then you may have come across ACOS or Average Cost of Sale. This shows the percentage of revenue that is eaten up by advertising spend. If you have an ACOS of 30%, then that means that your cost is the same as 30% of your revenue.

If you want to get an idea on the percentage of times a conversion action occurs compared to the number of times your ad is shown, you would look at this metric. If you have a low impression to conversions percentage, then that may show that the quality or relevancy of keywords in the account is poor.

Revenue per click shows an average amount that a click is worth if you want to break even and can be used to aid bidding decisions.

The value of a conversion on one campaign can be very different to another campaign, depending on what is being sold. Average Order Value (or AOV), shows the average amount that is spent when a conversion occurs. The AOV calculation is relatively simple as long as you have a process in place to track the revenue from your PPC ads.

The cost per view or CPV formula is often used as one metric to measure the performance of video advertising. It looks at calculating the average amount that one view has cost the advertiser.

Need to find out how to calculate your maximum CPC? If you have a CPA target that cannot be exceeded, then you can get an idea on the maximum amount that you can bid before you start to run the risk of exceeding your CPA target. To use this formula, you would need to know, or have an idea on your CVR.

15. Bid based on ROAS target

What if you need to calculate your maximum CPC with a ROAS model and not a CPA model? To prevent a campaign from achieving an unprofitable ROAS, you can use the below formula to determine the maximum amount that you can bid.

16. Bid based on ACOS target

If you’re tracking the profitability of your campaign via a maximum ACOS, then you can use the below formula to determine what is the maximum amount that you can bid before your ACOS is exceeded.

17. Extra traffic from increasing budget to remove Lost IS (Budget)

If you have a profitable campaign that has a high impression share lost due to budget, then you’re losing potentially profitable impressions due to the campaign not having a large enough budget.

To work out how much more clicks and conversions you could have received had your budget been large enough, you would start off by working out how many impressions were lost.

You can then take the current CTR, CVR, AOV and CPC to work out the missed clicks, conversions, revenue and money not spent.

18. Performance if bids are increased to remove Lost IS (Rank)

Impression Share lost due to Rank occurs when bids are not set high enough. Calculating the total traffic that we would receive if we didn’t have any Lost IS (Rank) can be tricky, because it is difficult to calculate how much more we would need to bid in order to have a 0% Lost IS (Rank).

Also, by increasing bids, we would expect a better position on the page which may lead to a better CTR. Nevertheless, here is a starting point on how you can get an idea on what performance would look like if you target 0% Lost IS (Rank).

To start creating projections, you may use a tool like the Google Keyword Planner. Most of these tools provide an average number of monthly searches as well as a predicted average CPC.

We can add CTR, CVR and AOV on top of this data to put together some basic projections.

20. Projections with an allocated budget

To get an idea on what performance would look like with a particular budget you can use the below as a starting point to create projections.

You start off by dividing your budget with the average CPC to work out how many clicks to expect. You can then use your CVR and AOV to work out conversions and revenue.

Google merges Quality Scores with bids to calculate an Ad Rank. The competitor in an auction with the highest Ad Rank wins the highest paid position on the page.

To get an idea on how much your CPC would drop if you’re able to improve your Quality Score, you can use the below formula.

Once you have an idea on your lower CPC, you can apply the usual Impressions, CTR, CVR and AOV metrics to get an idea on what the improved performance would look like,

Often, you will need to look at performance partway through the month to see how close you are to hitting your monthly target. To do this, you could create end of month projections using the average daily performance from the last seven days.

There are a number of different methods to create. The method that you use will depend on your particular niche as using the last seven-day average to project performance may not be the best method for every niche.

To create projections for the month using the last seven days daily average, you can apply the below formula for each of the metrics that you would like to report on.

24. Monthly CVR change due to seasonality

In a lot of niches, conversion rates can change from month to month.

This percentage difference can then be applied to the conversion rate of the month prior to the month in question this year.

Using a calculated bid modifier can be a good starting to get an idea on how much to bid on a particular device, location, audience, gender or age group.

Here is a formula that will show the percentage modifier that you should apply to each segment. So, for example, if the formula 1.2, then you would apply a 20% increase on that particular segment.

If the formula outputs 0.75, then you would apply a 25% reduced bid modifier on that segment.

26. Convert CPM to price per impression

Those advertising on Google’s Display network or on Youtube may have come across CPM, as some display and Youtube campaign fees are charged on a CPM and not a CPC basis. CPM means cost per thousand impressions. So for example, if the CPM of your Display campaign is £0.50, then you’re paying £0.50 to obtain 1,000 impressions from your campaign. To calculate how much your paying for a single impression, all you need to do is to divide your CPM price by 1,000.

While there are more PPC formulas, these are the formulas that a PPC expert uses most often. 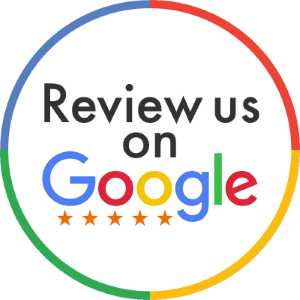 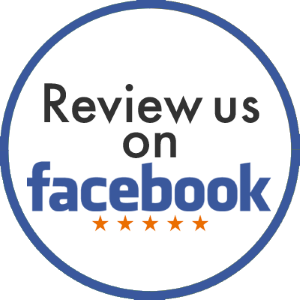 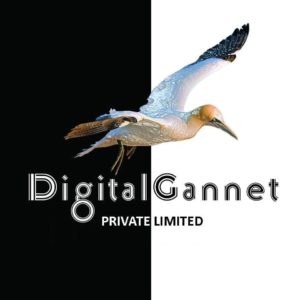 Sign up for our latest news & articles. We won’t give you spam mails.
© copyright 2021 by digitalgannet.com